Employees of the U.S. embassy in Ukraine have raised the U.S. national flag at the embassy in Kyiv, Ukraine’s capital three months after shutting down the embassy over Russia’s invasion.

The decision to send a small contingent of U.S. diplomats back to Kyiv as part of a soft reopening of the embassy is a signal that the United States stands with Ukraine against Russia.

The US says the embassy reopening is a move U.S. lawmakers from both parties, as well as Ukrainians, have been asking for. But was delayed by Joe Biden’s administration over security concerns. 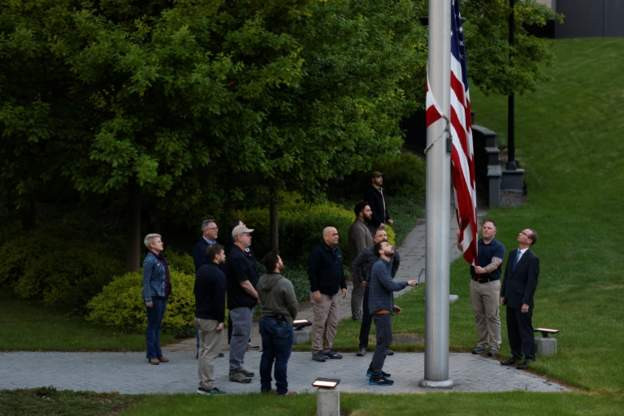 The American embassy’s reopening was confirmed by Secretary of State Antony Blinken in a statement on Wednesday, May 18 after the U.S. flag was once again raised at the facility.

He called it a “momentous step.”

“The Ukrainian people, with our security assistance, have defended their homeland in the face of Russia’s unconscionable invasion, and, as a result, the Stars and Stripes are flying over the Embassy once again,” Blinken said. “We stand proudly with, and continue to support, the government and people of Ukraine as they defend their country from the Kremlin’s brutal war of aggression.”

Blinken said the Biden administration has “put forward additional measures to increase the safety of our colleagues who are returning to Kyiv and have enhanced our security measures and protocols.” 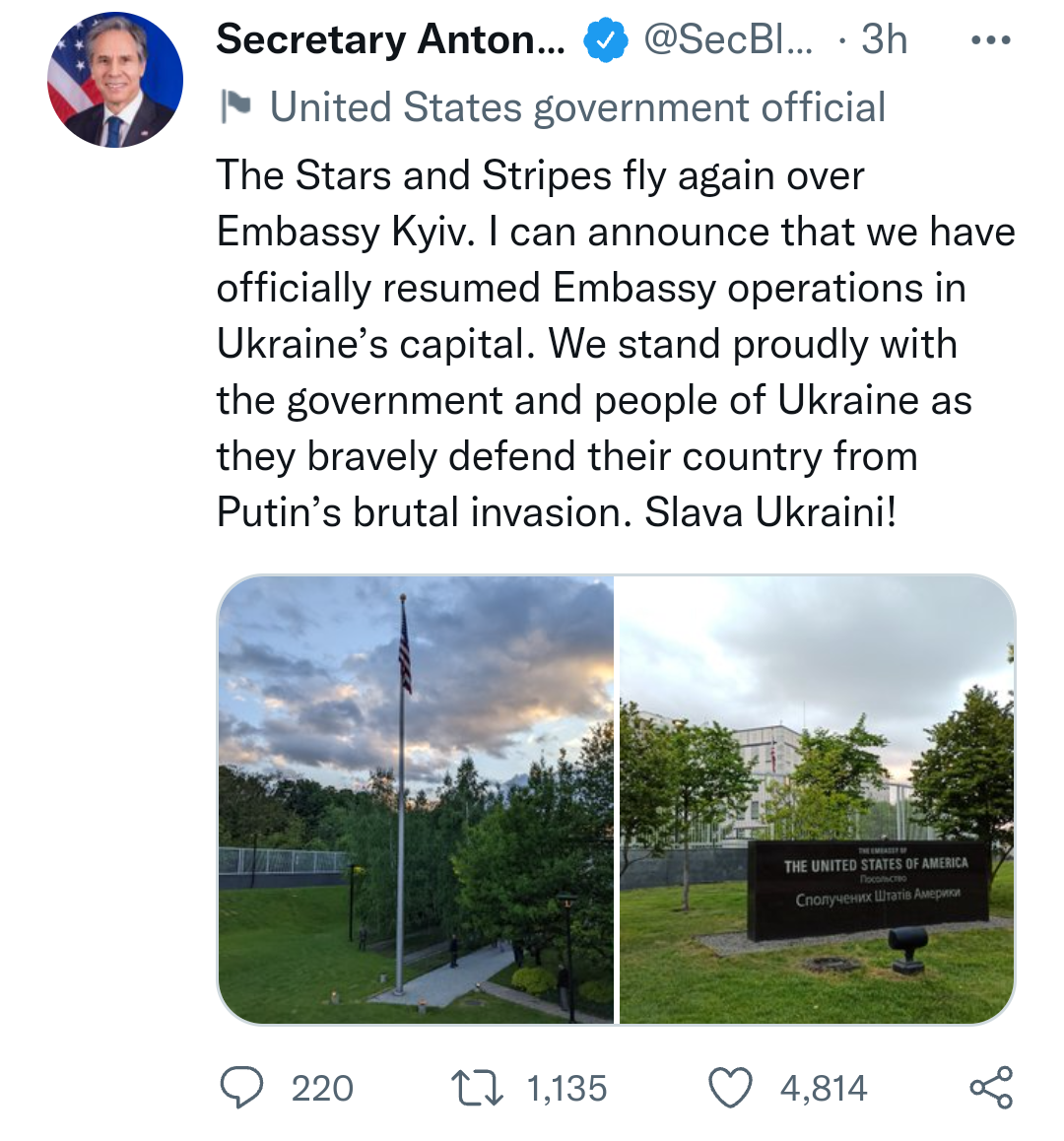 According to reports, the Embassy would resume functioning only in a limited capacity and that consular services will not be offered.

Chargé d’affaires Kristina Kvien, currently on leave, was not present at the reopening ceremony, where a small contingent of diplomats raised the American flag over the embassy’s gated compound.

Also U.S. Marines are reportedly not present at the embassy rather the compound is being guarded by diplomatic security and Ukrainian national guard and police forces.

Ever since the 2012 attacks in Benghazi, Libya, which killed four Americans, including Ambassador Chris Stevens, Diplomatic security has been a hot-button issue in the United States .