A Nigerian man has taken to social media to tackle the Federal government over the settlement plan of Nigerians who just returned from Ukraine.

In a series of Tweets, the Twitter user frowned at the Federal government for paying just a few hours for every returnee to lodge in the hotel they are taken to upon their arrival in Nigeria from Ukraine.

”So, a little story. Remember that my friend in Ukraine i mentioned to you?

The FG brought them back to Nigeria on Friday, they landed around 3am, and were lodged at a hotel in Wuse without further information. Got to the hotel by 1pm & asked my friend how long the FG said they could stay at the hotel till they sort flight tickets to their respective destinations, and she said they weren’t informed; another student confirmed it.

So, i went down to the reception to inquire, and i was told they had till 4pm that day to leave. The FG brought students from a war zone & expected them to sort tickets to their respective destinations in less than 15hrs. I was utterly disappointed that day.

We had to pay to extend her stay for one night.

This country doesn’t care about it’s citizens one bit.”

While some Nigerians welcomed his criticism of the government, others opined that the families of those who returned from Ukraine should be the ones responsible for their upkeep after they arrived Nigeria.

See their reactions below… 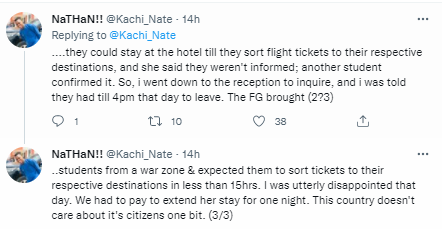 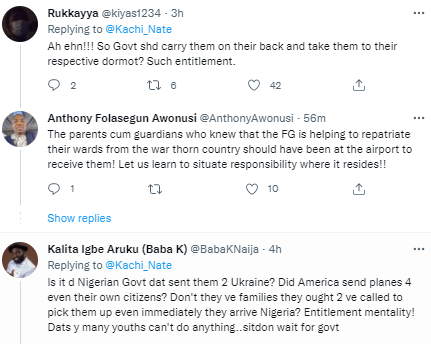 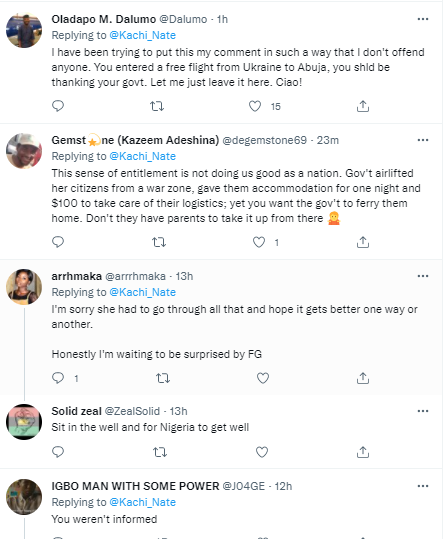 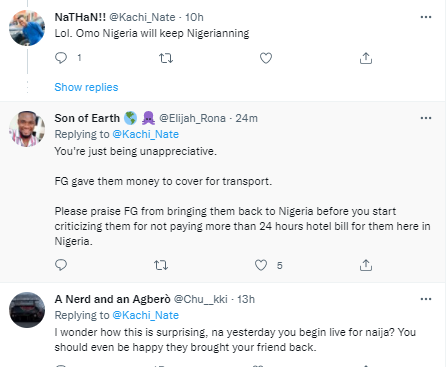