Jussie Smollett has been released from jail just hours after an Illinois state appellate court ruled he could go free while his lawyers appeal his conviction for staging a hate crime.

Smollett, 39, left jail in Chicago on Wednesday, March 16, flanked by five large men and said nothing as he was ushered into a light-colored SUV that drove away from the Cook County Detention Center around 8 p.m. local time. 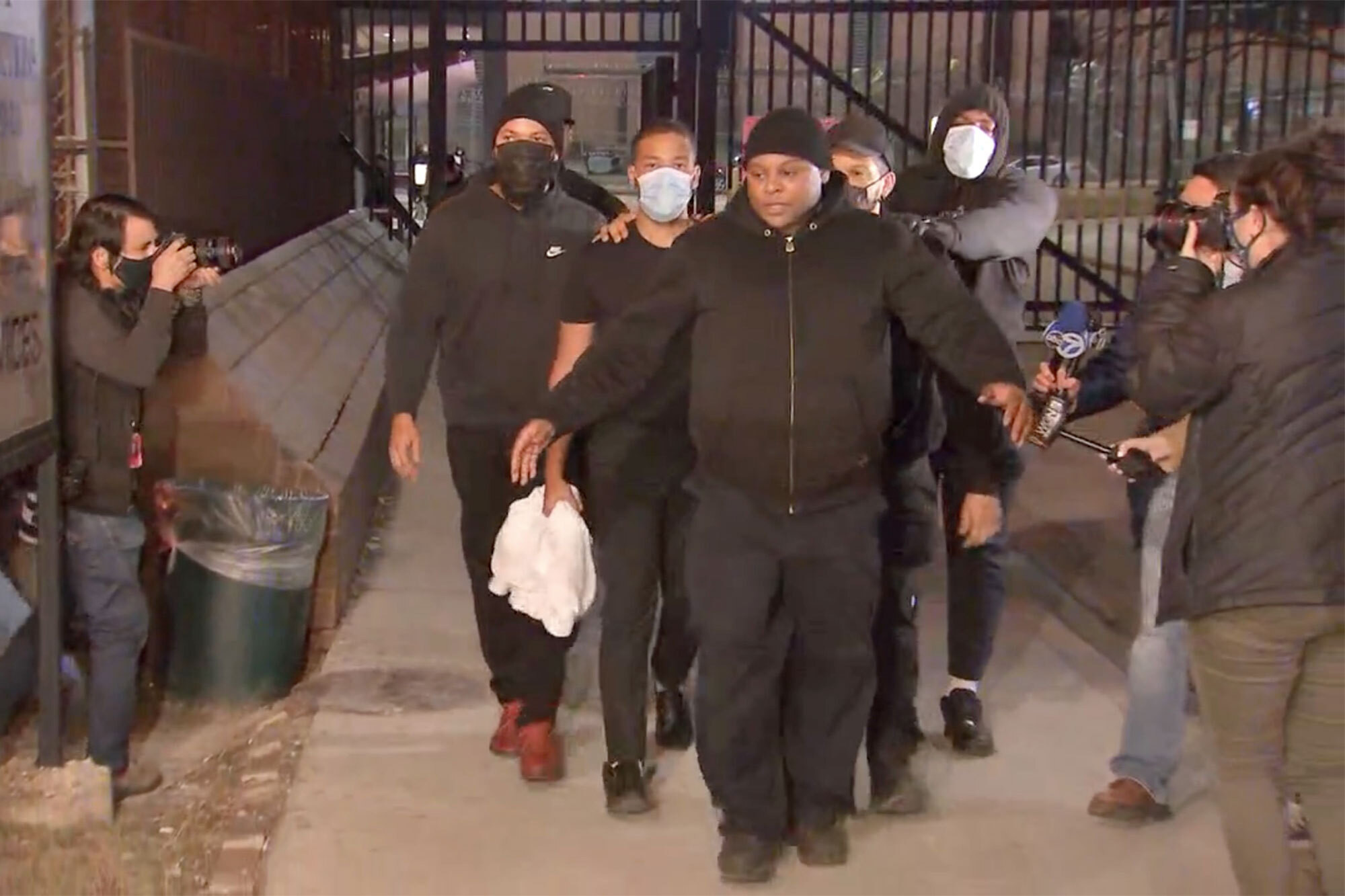 Smollett had been behind bars for six days – during which time lawyers said he did not eat and consumed only ice water – after being sentenced to five months in jail for being found guilty on five counts of felony disorderly conduct for lying to police.

Defense lawyers argued that Smollett was unconstitutionally charged twice for the same crime because charges against him were dropped in 2019 in connection with his alleged false report that bigoted fans of President Trump attacked him with a noose and bleach in 2018.

He was brought up on new charges a year later under Illinois’ disorderly conduct statute after a special prosecutor looked into the case amid national outrage. A jury then found that the former “Empire” actor, who is black and gay, had paid two men to beat him up in the hopes of raising his public profile.

Smollett’s lawyers filed an emergency motion to postpone his sentence on Monday and an appellate judge found that because Smollett had been convicted of “non-violent” offenses, the court would allow him to be released from a Chicago jail on a $150,000 individual bond during the appeal, according to the court order.

Under the terms of the I-Bond, Smollett would not have to dig into his pockets to get out of jail, and would only owe money if he skipped his court dates.

Uche and three other defense lawyers told reporters they believed the second case and sentence was “unconstitutional” and “racist,” arguing that Smollett was “persecuted” for making a complaint against purported white assailants.

“Multiple false reports are made against black men all over the country. Nobody cares,” the lawyer said.

“We’ve been complaining about the disparate treatment of African Americans in the judicial system. Should black men be walked into jail for a class 4 felony? Shame on you if you think they should.”

Special prosecutor Dan Webb opposed Smollett’s release, claiming there was “no emergency that warrants the extraordinary relief of staying” the sentence.

Smollett did not provide any real proof that he was in danger and used “cursory, woefully undeveloped arguments” to sway the court, Webb wrote in the state’s response to the motion for release.

Lawyers had claimed Smollett was at risk of a bad case of COVID-19 in jail because he is immunocompromised and had been receiving threats over his high-profile conviction.

He was moved to a different jail cell with surveillance and was kept away from other inmates following Monday’s motion.

The experience was so traumatic that Smollett ‘‘nearly lost faith in our justice system’ and couldn’t eat, Uche said.

“Maybe being in a cage for a class four is enough to make you not want to eat,” Uche said.

The actor maintained his innocence during the trial and told the court that he was in danger of being killed in jail in an outburst during his sentencing.

His next court date will be determined when defense lawyers file their non-emergency appeal.