Prof. Chukwuma Soludo has as one of his major deliverables, the plan to make Anambra a liveable city. Okpoko, a sprawling slum near Onitsha is a place where residents live in squalor and lack, and Soludo, who will be sworn in, today, Thursday, has stated that he would begin work there, immediately after the inauguration of his government.

This reporter has had previous encounters in Okpoko, but decided on a fresh visit to assess the area, before Soludo sets out to work. In 2020, this reporter was on a visit to Okpoko from Awka, the State capital with some colleagues, to cover a political event. After a smooth ride past Onitsha, under the Niger Bridge and headed to Ogbaru, the journalists stopped and asked for a direction.

A middle-aged man, who was beckoned upon, gave the direction to the venue.

He added – “Please do not ask anyone else as you drive into Okpoko. After a short distance and a few turn on the dusty road which was littered with dirt, including water sachets, and plastic bottles, the direction seemed confusing, so, the journalists decided to seek direction from another passerby.

“Okay, just drive straight and turn left into the busy market, and go straight up and you will see the Anglican church,” he said.

He paused and added – “are you people new here? Just go straight, don’t ask anyone again.” 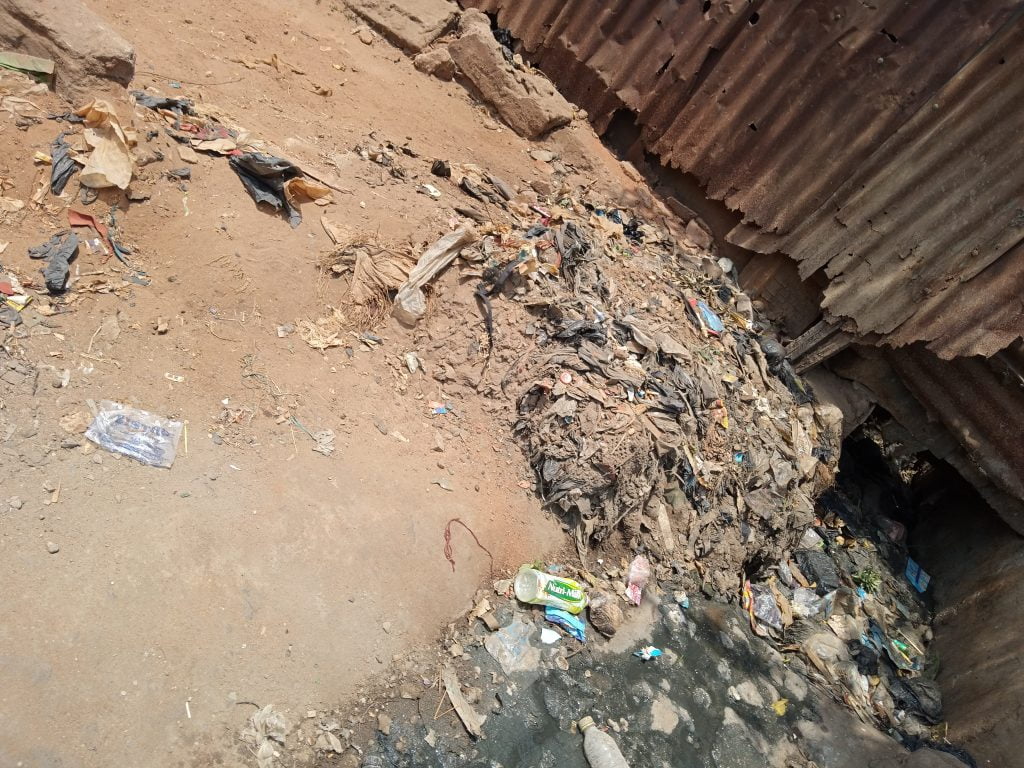 The answer to this was later found. After parking at an empty space close to the venue, some urchins besieged the journalists, insisting on collecting what they called ‘ground fee’ for parking the vehicle. This is just a mild taste of what Okpoko is made of.

DAILY POST reports that Okpoko is notorious for street urchins, who can also be very dangerous, depending on how one treats them, just as poverty is rife in the area. Roads, portable water, liveable homes are all lacking in the slum. Families consisting of parents and children live in one room, makeshift houses, usually made with either wood and tarpaulin, or wood and corrugated roofing sheets. Those who are lucky to live in brick houses, live in very dilapidated ones, while toilets attached to them are far away from the compound, and more often than not, they are meant for children, while adults only have the privilege of going to toilet only very early in the morning before daybreak or at night in drainage canals.

Besides the living condition of the people of the area, and the high number of urchins in the area, Okpoko is also notorious for faking products, known to be in high demand in the market. Many times over, regulatory authorities, including National Agency for Food, Drug Administration and Control (NAFDAC) have arrested syndicates who produce juice, soft drinks and some brands of wines. The products are mostly not only fake but usually concocted in a very unhygienic environment not fit for living, let alone producing edibles.

It is this kind of story of pitiable living that Soludo hopes to change. The former Central Bank Governor had said he will start work at Okpoko, on 17th March, immediately after his swearing-in, by putting in eight hours in the slum to work towards its change. 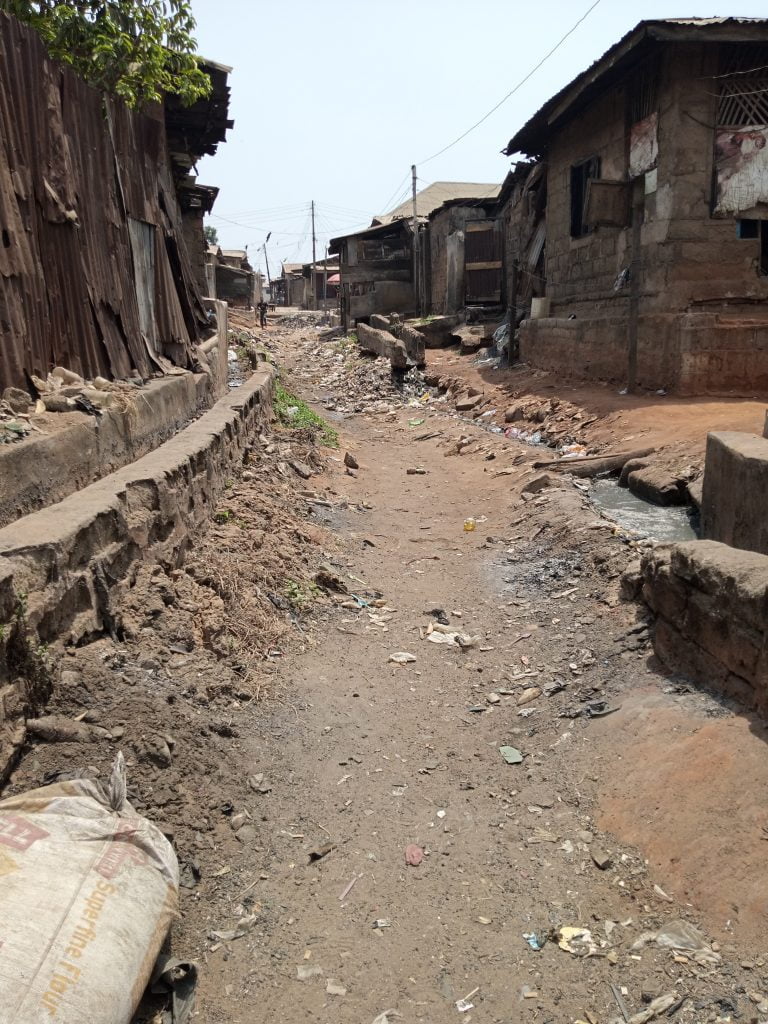 Speaking on the plan to change Anambra into a liveable city, with Okpoko to take the lead, Mr Joe Anatune, head of media of Soludo’s media office said: “On March 17, 2022, Ndi Anambra will embark on a tough but hugely fascinating and rewarding journey to a Liveable and Prosperous Smart Megacity as envisioned by Cee Cee Soludo who the people overwhelmingly elected as Governor on November 6, 2021.

“We alluringly christened the process of attaining this journey as The Great Transformation. The final outcome is that, firstly, Anambra will become irresistibly appealing to the world as the choice place to live, do business and relax. Furthermore, the 179 or so communities that make up Anambra State will be digitally connected to the ambitious sustainable development agenda of the incoming Government.

“Okpoko, a sprawling slum near Onitsha in Ogbaru Local Government Area will be the starting touch point of The Great Transformation with the planned facility visit of Soludo to the slum to launch its upgrading programme. Onitsha, which sadly wears the toga of the headquarters of air pollution in the world, will in quick succession receive the attention of the incoming Governor.

“The incoming government, like any other government, will face the challenges of ensuring that the people are safe, healthy, gainfully employed, have access to clean water, breathe clean air, get access to functional and quality education and more. Taking into account the local context and global trends, Soludo figures that the use of data and technology will be a more efficient and effective means of addressing the development imperatives of the State and improving the quality of life of the citizens. This model offers better use of space, less traffic, cleaner air, and more efficient civic services, all of which help improve the quality of life. Also, using smart solutions enhances more career and economic opportunities, as well as stronger links with communities. So, when next you hear Soludo say that in the fully transformed Anambra, children born in the State may not have need to seek greener pastures elsewhere and those in the Diaspora will have all the incentives to return home, you would do well to take that assurance to the bank.” 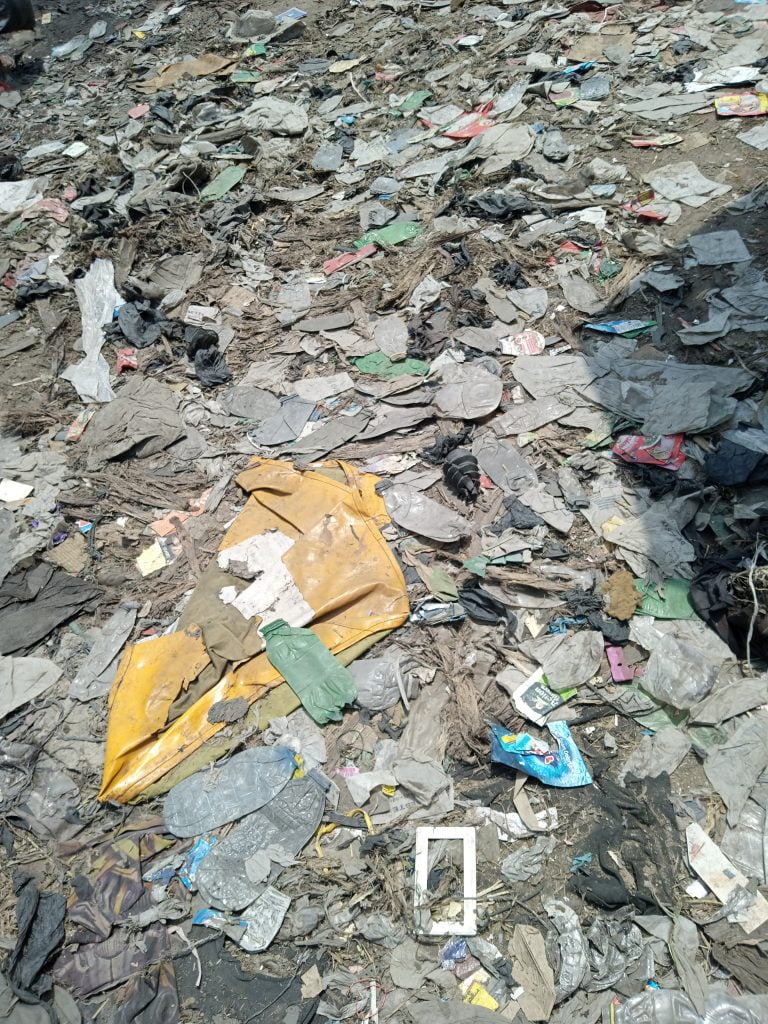 During an investigative visit to Okpoko recently, it was discovered that there is even bigger work to be done than the governor-elect may have envisaged. Even with smelly drainages running right Infront of most of the shanties which serve as homes, residents were seen sitting comfortably in front of their residences in conversations, giving the impression that despite the pity which the people feel for their living condition, they see nothing absolutely wrong with the area, as the women among them laughed heartily to jokes among themselves.

The above fears were corroborated by some residents who spoke to our correspondent, leaving the fear that as Soludo gears up to begin work in Okpoko, depending on the approach he adopts, the people fear that they may be displaced.

Nkoli Eze, a hair stylist and resident of Okpoko said: “We are happy that Soludo promised to start work in our area, but we are not sure the strategy he will use. We need to know what strategy he wants to use to develop Okpoko, before we can begin to applaud him. I’m saying this because I’m from Imo State, and I know that some people in that State are yet to recover from the destruction of their residences by former governor, Rochas Okorocha. We know how the governor (Soludo) feels, but it should not be something he will come and demolish our houses and keep us homeless, and we will now begin to hang around waiting for them to rebuild it, and before you know it, they will abandon it. We don’t want that type, instead let him leave us the way we are.”

Another resident, Mr Sylvester Obi said: “Don’t mind that you’re seeing this place almost empty, this is where most of the people who do their business inside Onitsha live. If you come here in the evening when people are back from the market, you will agree with me. This place you see is very highly populated, so, if Soludo can achieve development in Ogbaru, he may have done half of the job required to please the entire Onitsha city. But we are begging him, as much as we need good schools, good roads, electricity and other amenities, we will not like a situation where they will come and demolish the place and leave us with nothing. I have lived in Ekwulobia before, some of us know what is good, but we decided to stay here because the economy of Nigeria has made it difficult for us to afford a better place. We would like to have amenities here, but most importantly, let the economy thrive, because even if he builds the best houses here, and business is not good for us to make money and live here, then it will still be difficult for us.”

The governor-elect may have also foreseen that the work in Okpoko is not going to be easy.

Speaking with members of his transition committee last week, Soludo declared that he has decided to extend his work schedule in Okpoko to two days. “You know we have declared March 18 as Okpoko day two.”

The governor-elect who reiterated his resolve to give the State his best, said he will be needing all the resources available to the government to meet the needs of the people.

Speaking to members of the transition committee, Soludo said: “Let me assure you, everybody has a role to play, there is a lot of work to be done and you must all gear up. There is work to be done and there is war to be fought. We will be calling our people to re-establish the social background between the people, and the government. I said the last time that people who had (revenue) window will no longer thrive with it, and it became news everywhere. We have to use the money to build the State, roads, water, light, decongest traffic and others. Pipe borne water was running in my village long ago when I was a boy, that was over 50 years ago, but not anymore. We have to bring all of those back, and we need government revenue to do that. That is why I say there is work and there is war.”

The test of the liveability of Soludo’s Anambra may also be in the level of security of lives and property in the State and also the buoyancy of the economy. The professor of econometrics does not seem to have overlooked this, as sources said despite not saying anything about security in the transition committee, he decided to work silently on that.

He said: “Cee Cee Soludo’s commitment to improving the quality of life and lifting many from the vicious grip of poverty is the elixir that APGA needs to continually win the battle for the minds and hearts of voters in Nigeria and to emerge as a major challenger in the power dynamics. In other words, astute management of the political economy is the key. The incoming government is poised to deliver on its promises. The new administration understands that the only way to get repeat or merit votes is to keep delighting the electorate.

“Families are struggling to put food on the table, pay house rents, pay school fees, settle medical bills, take care of aged ones and more. There is inadequate power for homes, offices and factories, insufficient housing, and weak transportation infrastructure. Climate change is real and we will be living in denial if we do not acknowledge its negative impact on our lives. This trust must not be taken for granted and the only way to sustain it is through superior achievements that address the concerns earlier listed.”