A Nigerian christain nurse will today tell an employment tribunal that she was bullied out of her job for wearing a cross around her neck at work.

NHS theatre practitioner, Mary Onuoha alleged that series of  campaign by bosses at Croydon University Hospital forced her remove the gold symbol. She had been a staff member for 18 years and had worn the piece of jewellery for 40 years to mark her deep Christian faith.

But from 2015, she claims a succession of managers told her to remove the item from around her neck or the matter would face ‘escalation.’ She claims patient safety was risked in an operating theatre to discipline her and her head of department even said he would have to call security if she wore it in a clinical area. 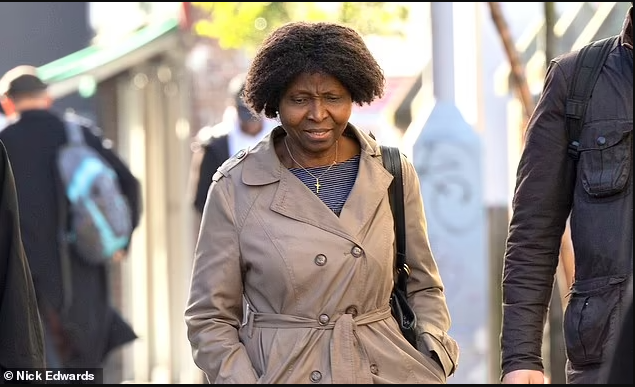 Mrs Onuoha was told her small gold cross was a health and safety risk and ‘must not be visible’.

However, she said other clinical staff members at Croydon University Hospital in South London were permitted to wear jewellery, saris, turbans, and hijabs and only the cross was subject to specific sanction.

For her continued refusals, the devout Christian was investigated, suspended from clinical duties and demoted to working as a receptionist, which she found deeply humiliating, she said.

According to Mrs Onuoha,  she was forced off work with stress in June 2020 and believed she faced no alternative but to resign later that year.

The Nigerian nurse alongside the Christian Legal Centre will now challenge Croydon Health Services NHS Trust on the grounds of harassment, victimisation, direct and indirect discrimination, and constructive and unfair dismissal. 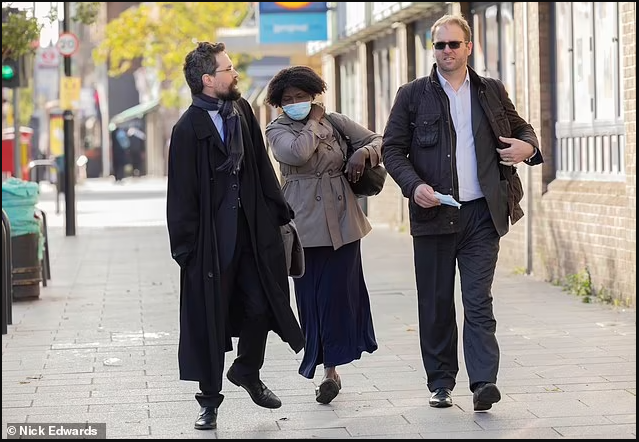 Mrs Onuoha’s lawyers will argue that the Trust has breached her freedom to manifest her faith under Article 9 of the European Convention of Human Rights and the Equality Act.

The hearing is being held at Croydon Employment Tribunal with Mrs Onuoha’s evidence commencing today.

Mrs Onuoha will state that she was ‘treated like a criminal’ by her employer and her case will bring into question the freedom of Christians to manifest their faith in the workplace, especially in comparison to members of other faiths.

Mrs Onuoha came to the UK in 1988 and had worked at Croydon University Hospital for 18 years.Each day she wore the cross around her neck without any complaints or health and safety concerns from colleagues or patients but she claims from 2015, she was asked to either remove her cross or conceal it, which she refused.

The issue was escalated in August 2018 when bosses ordered her to remove the cross saying it was a breach of the trust’s Dress Code and Uniform Policy and therefore a health risk to her and to patients.

Mrs Onuoha’s lawyers will argue that the dress code was applied inconsistently, with other nurses and members of staff frequently wearing various types of jewellery, hijabs, saris, turbans and religious bracelets in wards and theatre without being asked to remove them.

They claim Mrs Onuoha was required at all times to wear several lanyards whilst at the same time the Trust claimed that wearing items from the neck, such as her chain with a cross, posed a ‘risk of injury or infection’.

On August 21, 2018, Mrs Onuoha claims she was in charge of a team working in theatre supporting a patient who was under general anaesthetic.

While the patient was on the surgery table, Mrs Onuoha’s manager came into theatre and demanded that she remove or conceal her cross immediately.

After refusing to remove it, Mrs Onuoha, 61, was told to leave the theatre to conceal the cross by putting on an additional scrub back to front, on top of the one she was correctly wearing.

Mrs Onuoha said she could not leave the patient.

Her manager said that the junior staff could remain with the patient whilst she removed or covered up her cross.

Mrs Onuoha, however, again refused to leave the patient. She claims management then returned with another senior staff member insisting she left to change.

Mrs Onuoha was asked what she wanted to do and then, in the end, was told to carry on but that the cross needed to be removed by a specified time later that day.

At the same time, during the same operation, she says a blue pendant and earrings being worn by the anaesthetist were completely ignored.

In April 2019 she was given a final written warning but left work with stress in June 2020 after being moved to a series of administrative roles and resigned in August 2020.

Mrs Onuoha said: ‘This has always been an attack on my faith.

‘My cross has been with me for 40 years. It is part of me, and my faith, and it has never caused anyone any harm.

‘Patients often say to me “I really like your cross”, they always respond to it in a positive way and that gives me joy and makes me feel happy. I am proud to wear it as I know God loves me so much and went through this pain for me.

‘At this hospital there are members of staff who go to a mosque four times a day and no one says anything to them. Hindus wear red bracelets on their wrists and female Muslims wear hijabs in theatre.

‘Yet my small cross around my neck was deemed so dangerous that I was no longer allowed to do my job.

‘From a young age I naturally always wanted to care for people – it was in my blood. All I have ever wanted is to be a nurse and to be true to my faith.

‘I am a strong woman, but I have been treated like a criminal. I love my job, but I am not prepared to compromise my faith for it, and neither should other Christian NHS staff in this country.’

Andrea Williams, chief executive of the Christian Legal Centre representing Mrs Onuoha, said: ‘From the beginning this case has been about one or two members of staff being offended by the cross – the worldwide, recognised and cherished symbol of the Christian faith.

‘It is upsetting that an experienced nurse, during a pandemic, has been forced to choose between her faith and the profession she loves.

‘Why do some NHS employers feel that the cross is less worthy of protection or display than other religious attire?

‘How Mary was treated over a sustained period was appalling and cannot go unchallenged.

‘Mary’s whole life has been dedicated to caring for others and her love for Jesus. We are determined to fight for justice.’

The hearing will begin at 10am at Croydon Employment Tribunal.

Army probes killing of police Inspector by soldiers over traffic gridlock in Lagos
1 2 3 … 1,058