Nigeria Maritime University student, one other drown as boat capsizes in Warri River

A student of the Nigeria Maritime University(NMU), Okerenkoko, in Warri, Delta State, and a caterer attached to the institution, have drowned in a boat mishap on Warri River.

The deceased student has been identified as Popo Precious, a Marine Engineering Cadet, Tamar 3.

The incident occurred Friday morning, October 1, when the deceased and other passengers were travelling from Okerenkoko to Warri. 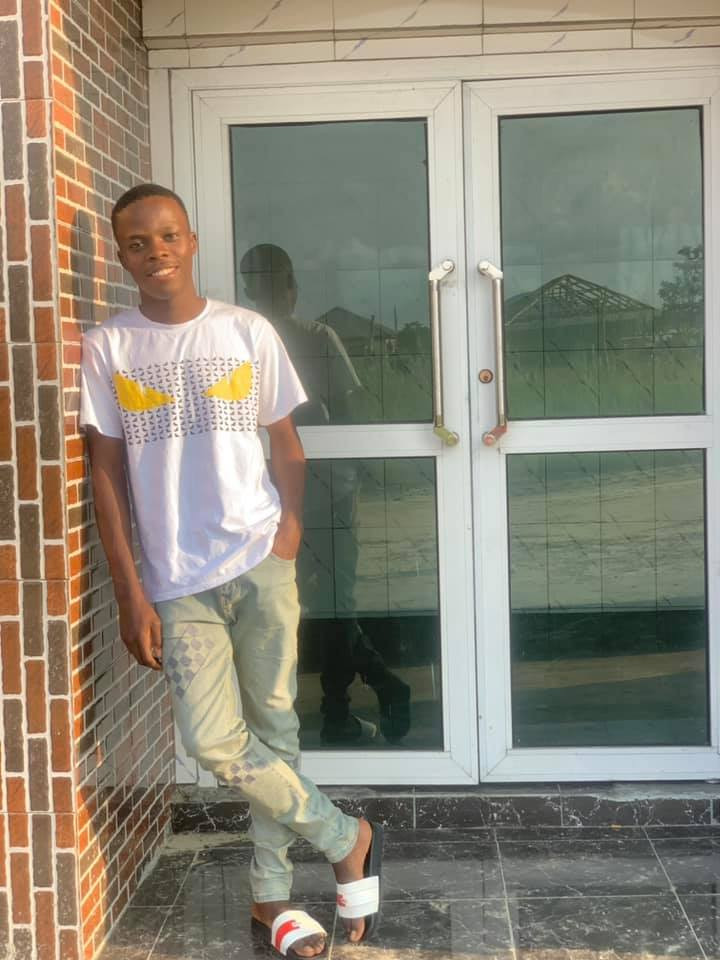 It was gathered that the victims boarded a private boat instead of the school boat which they already paid for as part of their fees. Other students who boarded the boat were rescued by the driver

The cause of the accident is still unknown but some of the surviving victims said that the boat capsized.

According to one of the students, some of the passengers who do not know how to swim, including locals were not wearing lifejackets.

The student added that the bodies of the deceased were later recovered by local divers.

The deceased student, an Ijaw by tribe, was said to have been buried by his family on Friday evening while the corpse of the caterer was deposited at the Warri Central Hospital.

A top of official of the University who confirmed the incident to journalists on Sunday, October 3, said that the boat driver has been arrested by operatives of Marine Police.

“They boarded a private boat against the school rule that students and staff should only make use of school owned boats and any other provided by management to ferry students to Warri,” the official said.

“It was on their way going that the boat capsized. Unfortunately, one of our students and caterer drowned in the process. We don’t know exactly what happened but the boat driver is already answering questions from police. The school has never recorded a case of boat mishap since we commenced academic activities.” he added. 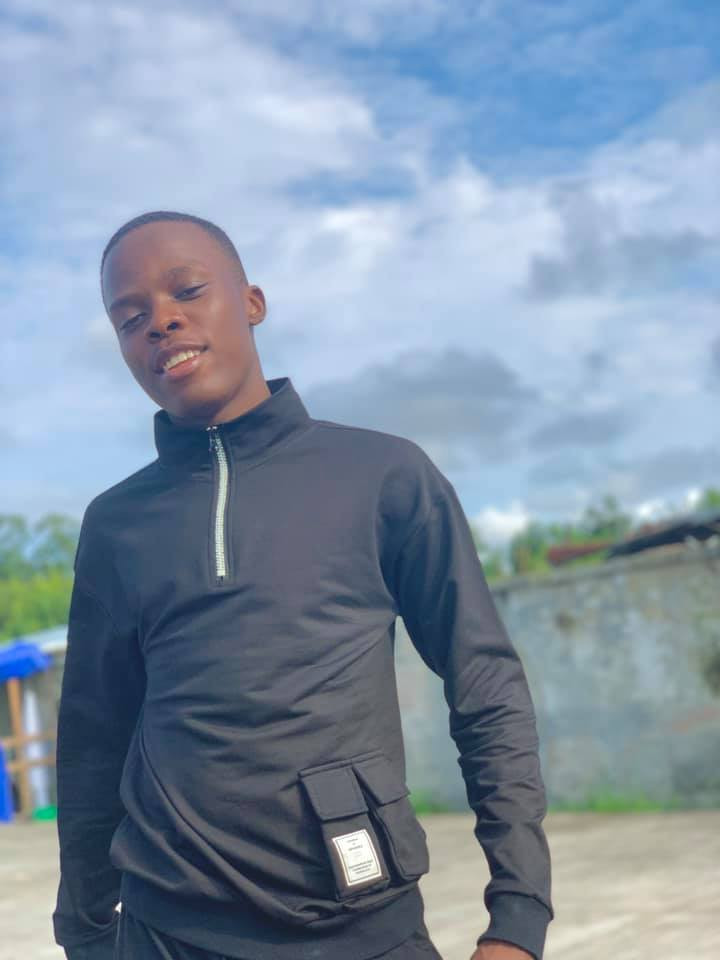 Spokesperson of the Delta State Police Command, DSP Bright Edafe, who confirmed the incident, identified the victims as a male and a female. 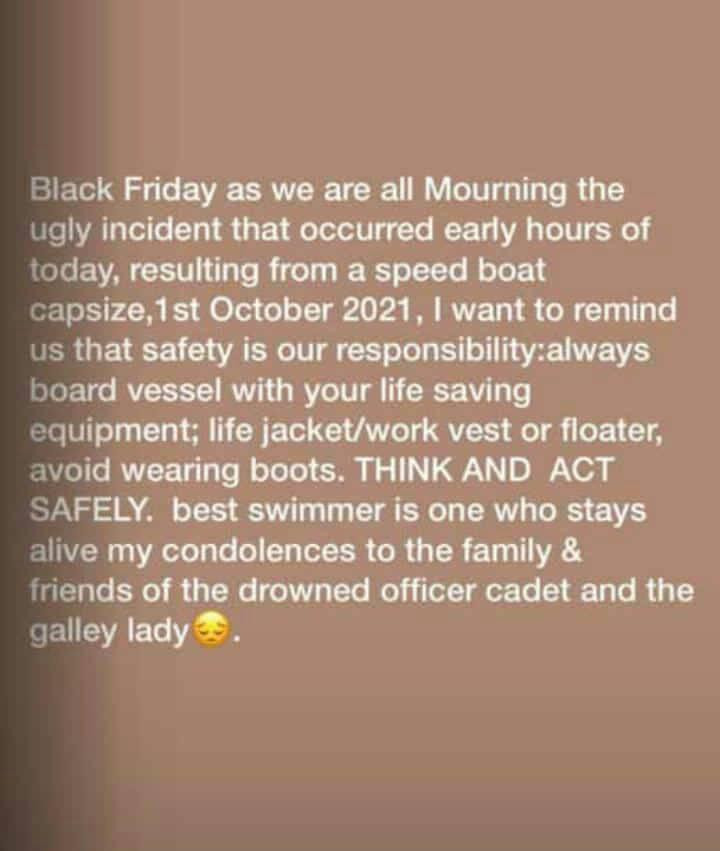 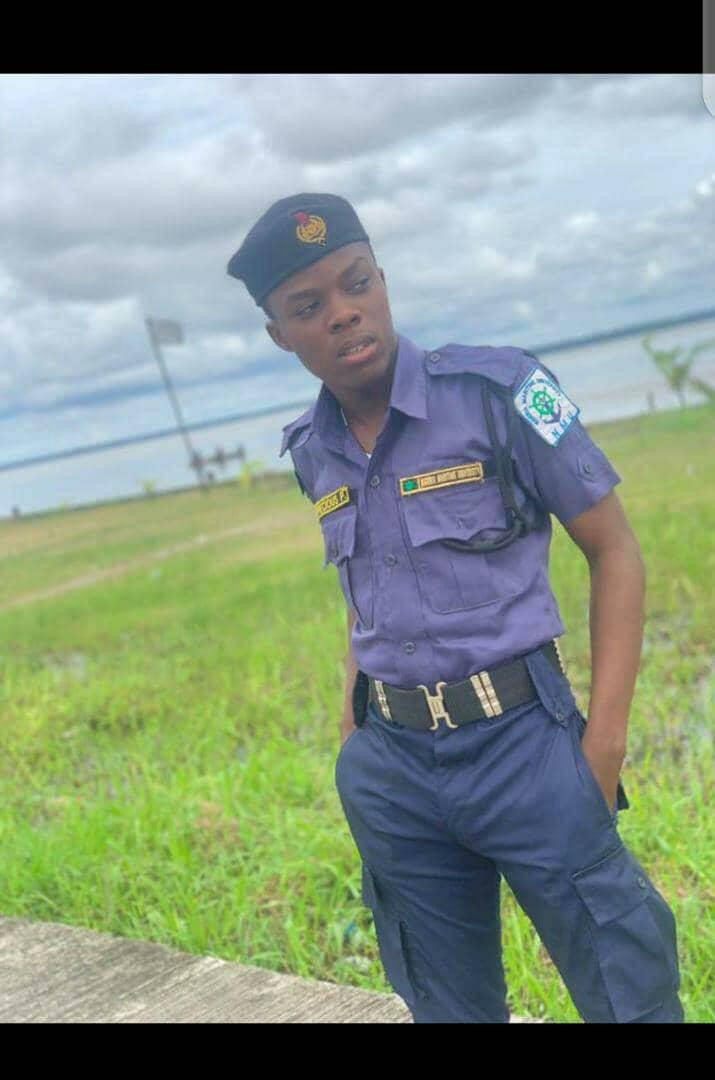 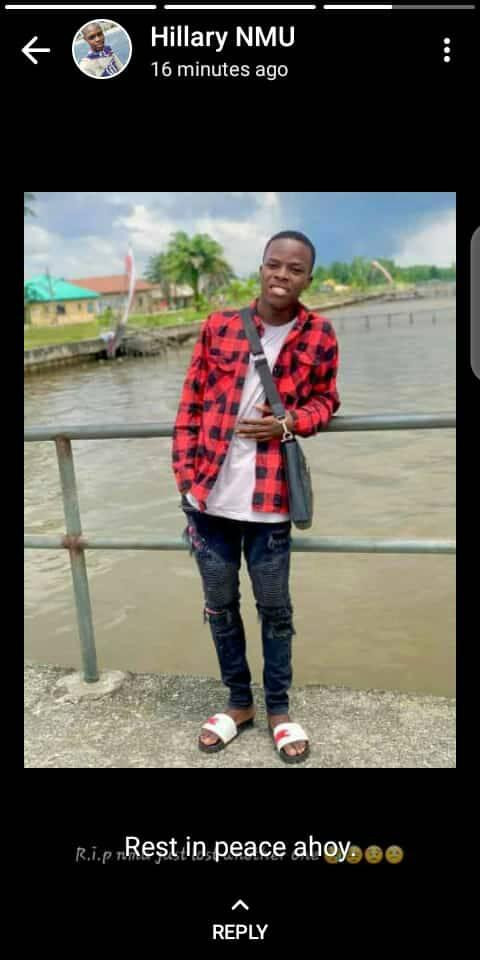 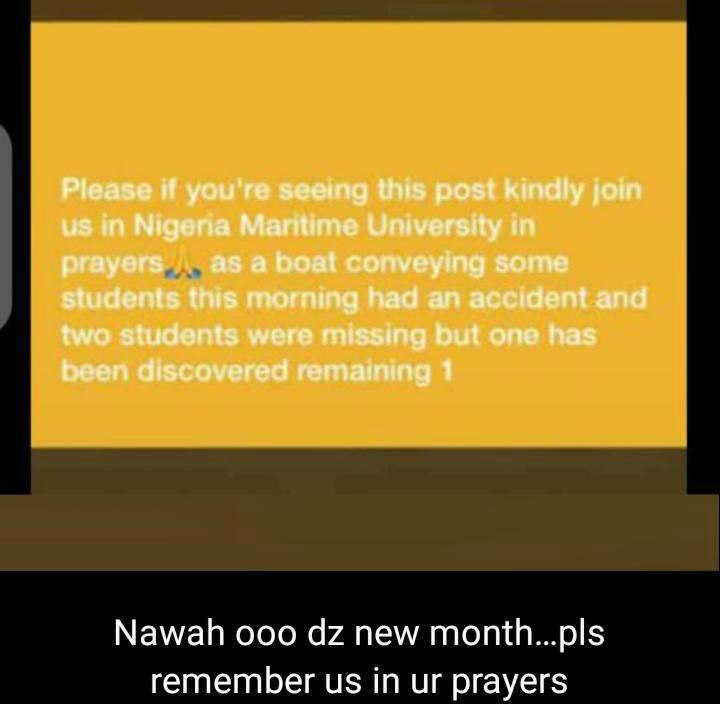 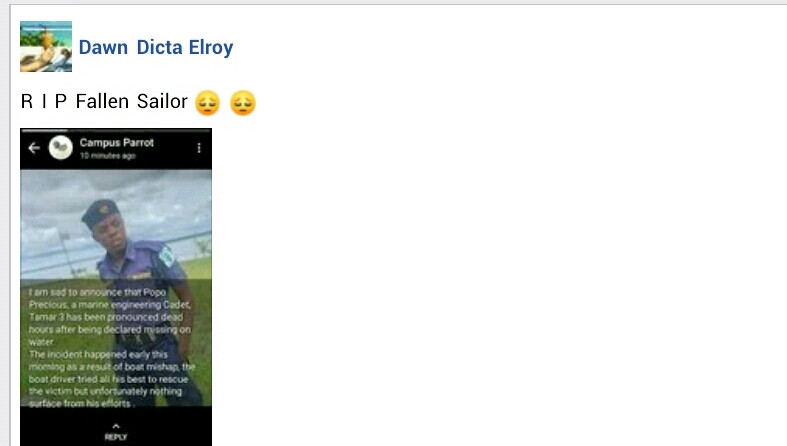 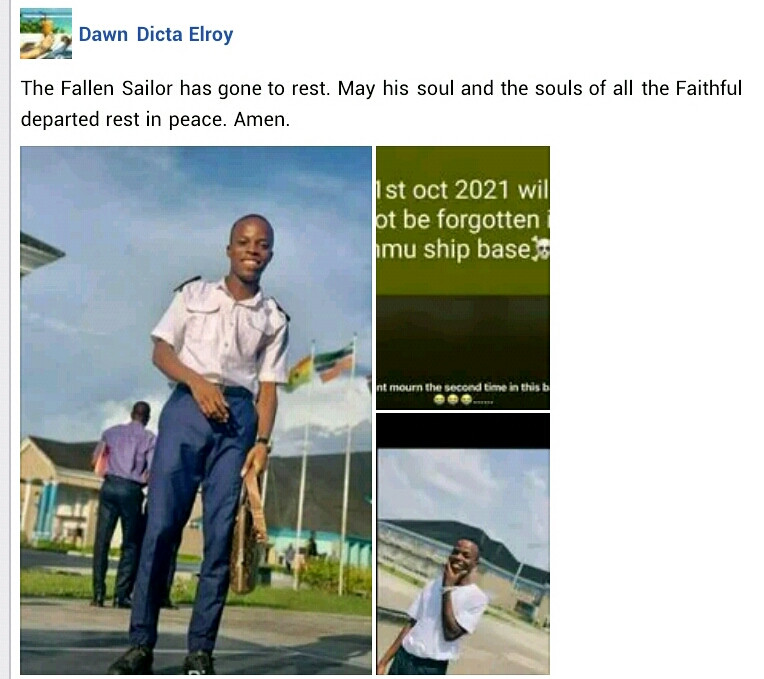 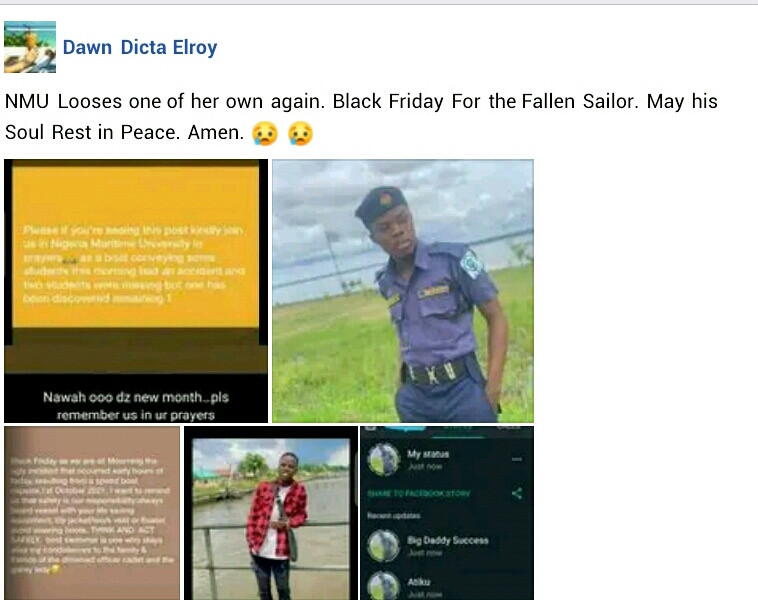